I intend to occasionally digitize pictures (now that I found out how easy it is to do!! --Dilip 1/1/95) of neat things like my travels or perhaps this March of my blooming weeping cherry and fruit trees! Do take a look at my Bike Friday page to see pictures of my high performance bicycle that I had custom built in early 1995 and ... that folds into a suitcase! Also, I put up pictures of my house right after it was painted purple in late 1999. (You can click on many of the pictures to see a larger version.) 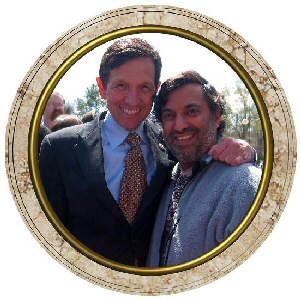 On April 4, 2004, I met Presidential candidate Dennis Kucinich at a talk he gave in Carrboro, NC. 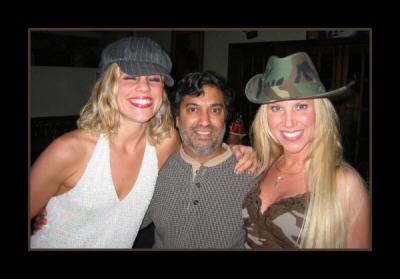 In mid-December, 2003 Suzette Andrea contacted me when she found some of my vegetarian resources via web search, such as Triangle Vegetarian Society that I lead. She is part of an intriguing Los Angeles area group of models, Vegan Vixens who, led by Sky Valencia, are putting together a television program to turn people on to vegetarianism. When I was visiting Long Beach at a conference in late February, Sky invited me to her birthday party; here you can see me with Vixens Kim as well as Suzette. You can see a few more pictures from that evening at dilipb.smugmug.com/gallery/73398. (Picture by a friend of Suzette's.) 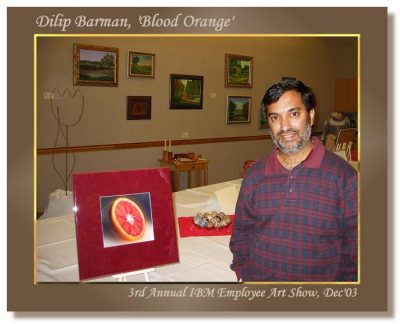 On December 3, 2003 at the 3rd annual IBM Research Triangle Park employee art show, I displayed this approximately 8"x8" print of a blood orange that I photographed Jan. 18, 2003. I had it matted with 4" margins the night before displaying it and picked a red to bring out the veining in the orange. (Picture by Latondra Murray.) 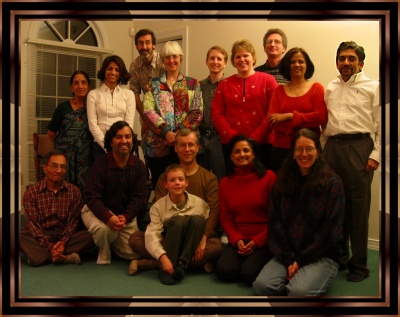 My parents had a nice birthday party for me in December 2002. 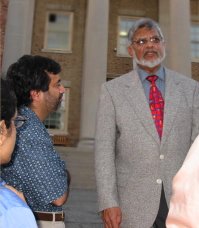 One of my biggest heros is Mahatma Gandhi; I was excited that his grandson, Arun Gandhi of the Memphis, TN M.K. Gandhi Institute for Nonviolence, came to the UNC campus on October 3, 2001, to talk about peace and nonviolence in the post-September 11 world. I was in awe of hearing him - he has the ideals of his grandfather! - and of actually meeting him! (Picture by Brian Donlon.) 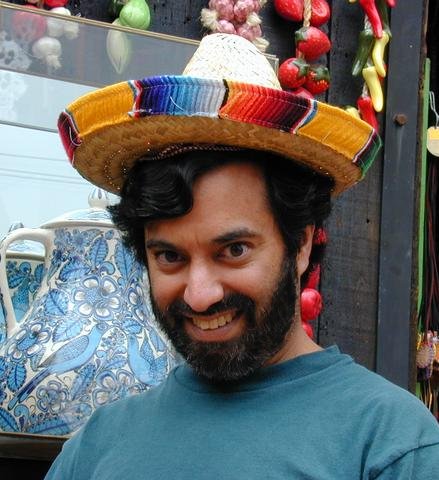 I stayed on after a business trip in Long Beach, CA, to visit with my cousin and my college friend Kathleen in Los Angeles, and friends in San Diego in March 2001. You can see pictures that Kathleen took while I went sightseeing with her and her lovely daughter, JoyAnne, on March 2. 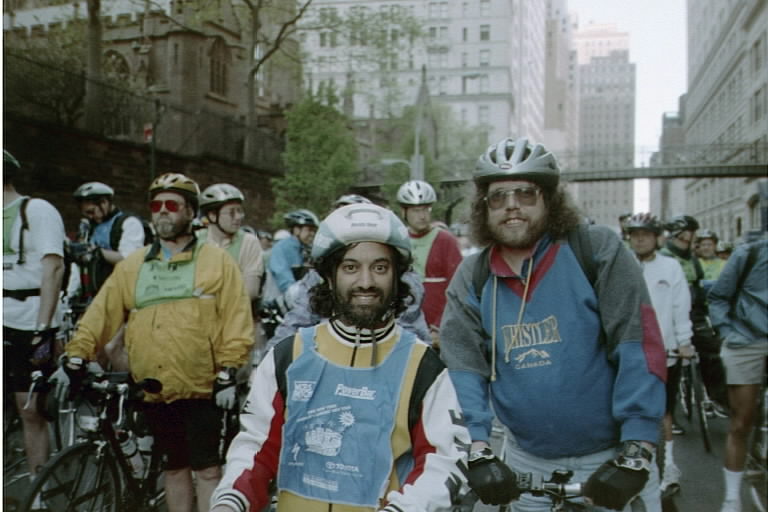 I have enjoyed the 5-Boro Bike Tour in 1989 and then in 1999 as shown here. It is a fun event held the first Sunday of each May. Some roads in all five of New York City's boroughs are closed to cars and open for bicyclists on this tour - including sections of the Brooklyn-Queens Expressway and the FDR Drive, as well as the entire lower deck of the Verrazanno Narrows Bridge! This year there were more than 30,000 bicyclists! You can see my friend Chip Wood and me waiting to get going near Wall Street.